The aims of the research to analysize the allocation of factor of production as well as the factor that influence and determine the level of benefit and analyze condition of business scale and break even breeding of broiler and independent partnership. The data used is a one-time production data for the maintenance of all broiler breeding business partnership and independent in june-august 2011 in the District of South Lampung Regency Merbau Mataram. The analysis model used is the Cobb-Douglass profit function, profit function estimators based Unit Output Price Method. The result of the indicate that the variable price of poultry, feed, medicine, labor costs significantly and negatively related to the production, which means that the higher the price of poultry, feed, medicine and labor will reduce the profit rate, whereas the experience, physical investment and partnership status positive effect on profits, which means that the longer the experience of raising the benefit to be received even greater the positive effect of physical investment to expand the chicken coop to increase the number of poultry farmers so that will add to earnings. Partnership status with positive values for 0.504, this partnership means farmers have higher profit than independent farmers. The result f the estimation of economics of scale conditions of broiler breeding at the study site is located on the condition scale increased to scale. Test show the use of economic efficiency of production factors and poultry feed should be increased to archieve efficiency, while the factors of production and the use of drugs in the outpouring of energy independent farmers and partners need to be reduced. From the calculated break even breeding broiler breeders indicated that the partnership first reached break even compared to independent farmers. The difference in the two patterns cattle break even related to differences in production capacity achieved in a period of maintenance and different selling prices. 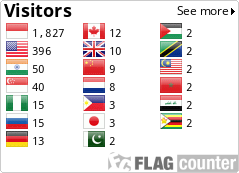 Copyright © 2021 Universitas Nahdlatul Ulama Lampung , All rights reserved. This is an open-access article distributed under the terms of the Creative Commons Attribution-NonCommercial-ShareAlike 4.0 International License. Licensed under